I love reading about turn of the century America as well as the language of the late 1800s, early 1900s. This does both beautifully with a mix of serious and comic melodrama and flowery language. The ... Leer comentario completo

Though not out of print, this latest offering from Bantam is the least expensive edition currently available. The 1919 Pulitzer Prize-winning novel portrays the decline of the superrich Amberson ... Leer comentario completo

Booth Tarkington is the author of Magnificent Ambersons. 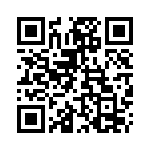