Cynthia Hardy is a Professor in the Faculty of Management, McGill University. Her publications include Strategies for Retrenchment and Turnaround: The Politics of Survival (De Gruyter, 1990) and Managing Organizational Closure (Gower, 1985).

Management professor Walt Nord studies organization theory and behavior and is currently researching the topic in a political/economic context. The author of numerous books, textbooks, and scholarly articles, his newest book will offer a new philosophical framework for organization studies, seeking to overcome current polarizing debates by developing an improved philosophical perspective for organization studies. As an author, Nord received the George Terry Award in 1997 for co-editing the Handbook of Organization Studies, an annual award from the Academy of Management that is bestowed to a book judged to have made the most outstanding contribution to the field. The same academy named Nord a Distinguished University Professor in 2002 (USF named him Distinguished University Professor in 2003); these honors recognize significant contributions to the science and practice of management. Nord earned a BA in economics from Williams College, an MS in organizational behavior from Cornell University, and a PhD in social psychology from Washington University. Before joining USF in 1989, he taught at Tulane University, Northwestern University, Vanderbilt University, the University of British Columbia, and Washington University. He is an editor or reviewer for numerous academic journals. 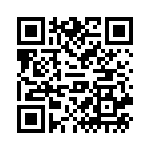