Paul Strathern has a Ph.D. in Mathematics and Philosophy and lectures at Kingston University. Strathern is the author of several novels, including A Season in Abyssinia, which won a Somerset Maugham prize, and Mendeleyev's Dream: The Quest for the Elements. He has also published two series of books, one on philosophy: Philosophers in 90 Minutes, and another on science, but is best known for his 39 short biographies of philosophers and scientists 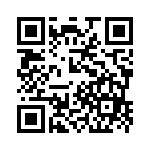