Sam Williams is a freelance writer living in Brooklyn, New York. He has covered high-tech culture, specifically software development culture, for a number of Web sites. From 1998-2001, he wrote "Open Season," a weekly column on the open source software community for Upside Today. He also has conducted interviews for the Web site BeOpen.com. *** Richard Matthew Stallman (born March 16, 1953), often abbreviated "rms", is an American software freedom activist, and computer programmer. In September 1983, he launched the GNU Project to create a free Unix-like operating system, and has been the project's lead architect and organizer. With the launch of the GNU Project, he initiated the free software movement and, in October 1985, set up the Free Software Foundation. Stallman pioneered the concept of copyleft and is the main author of several copyleft licenses including the GNU General Public License, the most widely used free software license. Since the mid-1990s, Stallman has spent most of his time advocating for free software, as well as campaigning against both software patents and what he sees as excessive extension of copyright laws. Stallman has also developed a number of pieces of widely-used software, including the original Emacs, the GNU Compiler Collection, and the GNU Debugger. He co-founded the League for Programming Freedom in 1989. 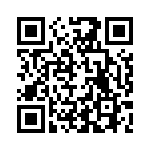