I got the version with no pictures in it, so I can't understand some concepts mentioned in the book. May reread later when I become (more) interested in physics or astronomy. It's one of the books I just picked randomly, even though my significant other mentioned it at least once. Leer comentario completo

Ha, what can you say about this book? I liked it a lot, the concepts are extremely difficult to grasp at times but we are talking about theories that are being worked on by some of the most ... Leer comentario completo

Stephen William Hawking was born in Oxford, England on January 8, 1942. He received a first class honors degree in natural science from Oxford University and a Ph.D. from Cambridge University. He was a theoretical physicist and has held the post of Lucasian Professor of Mathematics at Cambridge University from 1982 until his death. In 1974, he was elected a Fellow of the Royal Society, the world's oldest scientific organization. In 1963, he learned he had amyotrophic lateral sclerosis, a neuromuscular wasting disease also known as Lou Gehrig's disease. The disease confined him to a wheelchair and reduced his bodily control to the flexing of a finger and voluntary eye movements, but left his mental faculties untouched. He became a leader in exploring gravity and the properties of black holes. He wrote numerous books including A Brief History of Time: From the Big Bang to Black Holes, Black Holes and Baby Universes, On the Shoulders of Giants, A Briefer History of Time, The Universe in a Nutshell, The Grand Design, and Brief Answers to the Big Questions. In 1982, he was named a commander of the British Empire. A film about his life, The Theory of Everything, was released in 2014 and was based on his first wife Jane Hawking's book Traveling to Infinity: My Life with Stephen. He died on March 14, 2018 at the age of 76. 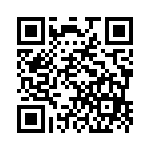