Gary Armstrong is Crist W. Blackwell Distinguished Professor of Undergraduate Education in the Kenan-Flagler Business School at the University of North Carolina at Chapel Hill. He holds undergraduate and masters degrees in business from Wayne State University in Detroit, and he received his Ph.D. in marketing from Northwestern University. Dr. Armstrong has contributed numerous articles to leading business journals. As a consultant and researcher, he has worked with many companies on marketing research, sales management, and marketing strategy. But Professor Armstrong's first love is teaching. His Blackwell Distinguished Professorship is the only permanent endowed professorship for distinguished undergraduate teaching at the University of North Carolina at Chapel Hill. He has been very active in the teaching and administration of Kenan-Flagler's undergraduate program. His administrative posts include Chair of the Marketing Faculty, Associate Director of the Undergraduate Business Program, Director of the Business Honors Program, and others. He works closely with business student groups and has received several campus-wide and Business School teaching awards. He is the only repeat recipient of school's highly regarded Award for Excellence in Undergraduate Teaching, which he has received three times.

Philip Kotler is S. C. Johnson & Son Distinguished Professor of International Marketing at the Kellogg Graduate School of Management, Northwestern University. He received his master's degree at the University of Chicago and his Ph.D. at M.LT., both in economics. Dr. Kotler is author of Marketing Management: Analysis, Planning, Implementation, and Control (Prentice Hall), now in its eleventh edition and the world's most widely used marketing textbook in graduate schools of business. He has authored seventeen other successful books and has written over 100 articles in leading journals. He is the only three-time winner of the coveted Alpha Kappa Psi award for the best annual article in the Journal of Marketing. Dr. Kotler's numerous major honors include the Paul D. Converse Award given by the American Marketing Association to honor "outstanding contributions to science in marketing" and the Stuart Henderson Britt Award as Marketer of the Year. He was named the first recipient of two major awards: the Distinguished Marketing Educator of the Year Award given by the American Marketing Association and the Philip Kotler Award for Excellence in Health Care Marketing presented by the Academy for Health Care Services Marketing. He has also received the Charles Coolidge Parlin Award, which each year honors an outstanding leader in the field of marketing. In 1995, he received the Marketing Educator of the Year Award from Sales and Marketing Executives International. Dr. Kotler has served as chairman of the College on Marketing of the Institute of Management Sciences (TIMS) and a director of the American Marketing Association. He has received honorary doctoral degrees from Stockholm University, the University of Zurich, Athens University of Economics and Business, DePaul University, the Cracow School of Business and Economics, Groupe H.E.C. in Paris, and the University of Economics and Business Administration in Vienna. He has consulted with many major U.S. and foreign companies in the areas of marketing strategy and planning, marketing organization, and international marketing. He has traveled extensively throughout Europe, Asia, and South America, advising and lecturing companies about global marketing opportunities. 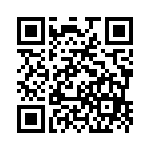