Allan MacColl, a native of Lochaber, was educated at the Universities of Edinburgh and Cambridge and is currently a student for the ministry in the Free Presbyterian Church of Scotland. His research has focused on the interplay of religion and culture in the Gaelic world. Dr MacColl's forthcoming publication Sith na Doire is the long-anticipated edition of the Gaelic poetry of the late Donald MacColl, Acharacle, Argyll. 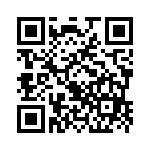