DAVID L. ALTHEIDE is Emeritus Regents’ Professor on the faculty of Justice and Social Inquiry in the School of Social Transformation at Arizona State University, where he taught for 37 years since receiving his PhD from the University of California, San Diego. His work has focused on the role of mass media and information technology in social control. His most recent book is Terror Post 9/11 and the Media (Lang, 2009). Dr. Altheide received the Cooley Award three times, given to the outstanding book in symbolic interaction, from the Society for the Study of Symbolic Interaction: In 2007 for Terrorism and the Politics of Fear (2006); in 2004 for Creating Fear: News and the Construction of Crisis (2002); and in 1986 for Media Power (1985). Dr. Altheide received the 2005 George Herbert Mead Award for lifetime contributions from the Society for the Study of Symbolic Interaction, and the society’s Mentor Achievement Award in 2007. Altheide is married (Carla) and has two children (Tasha and Tod), and four grandchildren.

CHRISTOPHER J. SCHNEIDER is Assistant Professor of Sociology at the University of British Columbia’s Okanagan (UBCO) campus where he has taught since receiving his PhD from Arizona State University in 2008. His work investigates mass media messages about crime, deviance, popular music, and information technologies in daily life. He has published articles and book chapters and co-edited a special issue of Studies in Symbolic Interaction in these areas. He was the recipient of the UBCO 2010/2011 Award for Teaching Excellence and Innovation – Junior Faculty and the 2009/2010 Provost’s Public Education Through Media Award. His research and commentary have been featured in more than 200 print, radio, and television news media outlets across North America, including The New York Times and The Globe and Mail, among others. In 2002 he received the Graduate Student Paper of the Year Award from the Critical Criminologist Division of The American Society of Criminology. Schneider is married, has an English bulldog, likes baseball, and is an avid fan of the rock band Model Stranger. 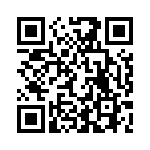