I liked this book. I am a computer programmer and love open source software. This was a good look at how open source started and about GNU and Richard Stallman in particular who were the major drivers in getting open source off the ground. Leer comentario completo 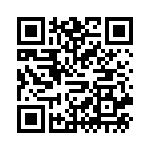