Página 64
It is not known where she acquired what education she may have had , but in 1793 she took forty - eight children , twenty of whom were white , out of an almshouse and opened " Katy Ferguson's School for the Poor ' in New York City .
Página 182
Other women honored for their outstanding work in medicine have been Dr. Helen Taussig , who pioneered in surgical operations on " blue babies , " and Dr. Jane C. Wright , a black physician , director of cancer chemotherapy at New York ...
Página 197
Dannet , Sylvia , Profiles of Negro Womanhood ( Chicago and New York : Educational Heritage , Inc. , 1964 ) Douglass , Emily Taft , Remember the Ladies : The Story of Great Women Who Helped Shape America ( New York : G. P. Putnam's Sons ... 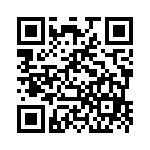