The former secretary-general of the UN revisits his successes and failures in his single term of office (1992—96), with an emphasis on his always complex and often vexatious relationship with the US ... Leer comentario completo

Boutros Boutros-Ghali was secretary-general of the United Nations from 1991 to 1996. As Egypt's minister of state for foreign affairs, he was a chief participant at the meetings that culminated in the Camp David accords between Egypt and Israel. Dr. Boutros-Ghali received his doctorate from the Univer-sity of Paris. A distinguished academic, active in many international associations, he has written a number of books on Egyptian and international politics and has contributed to many journals. He has been a member of the Faculty of Political Science at Cairo University and of the Parliament of Egypt. He now serves as secretary general of the International Organization of the Francophonie, an association of fifty-two countries sharing a political, social, and cultural solidarity around the French language. His previous book, Egypt's Road to Jerusalem, was published by Random House in 1997. 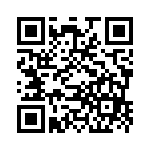