Robert O. Freedman is Peggy Meyerhoff Pearlstone Professor of Political Science Emeritus at Baltimore Hebrew University and visiting professor of political science at Johns Hopkins University where he teaches courses on Middle Eastern politics and Russian foreign policy. He is a past president of the Association for Israel Studies and is a consultant to the US government. He is the author or editor of twenty books, among them Israel in the Begin Era, Israel Under Rabin, and Israel’s First Fifty Years. 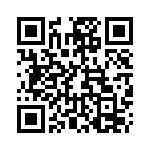