Pulitzer Prize-winning Newsday reporter Donovan, now retired and a race-car driver, follows the hard-luck career of a man who challenged NASCAR's racial barrier in the 1950s.Growing up in the Deep ... Leer comentario completo

If you are into car racing, this is a must read book. Great history or a not often heard of driver. It's important to remember all the drivers who have made the sport what it is, no matter their race. Wonderful writing, great read. Leer comentario completo

Brian Donovan, a former Newsday investigative reporter, has won more than forty journalism awards, including the Pulitzer Prize and Columbia University’s Paul Tobenkin Award for reporting on racial and ethnic intolerance. Driving on the EMRA Vanderbilt Cup circuit, he has won a season championship, as well as a track championship at Pennsylvania’s Pocono Raceway and dozens of races from Canada to West Virginia. He gained exclusive access to Wendell Scott over the last fourteen months of his life and interviewed more than two hundred individuals to capture this epic, previously untold American story. He lives on Long Island. 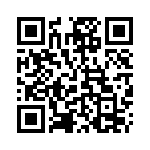