David Potter is Professor of Greek and Latin at the University of Michigan. He has published extensively on the history of the Roman world and appeared on many television programmes concerned with the history of Rome. His most recent publications include Life, Death and Entertainment in the Roman Empire (co-edited with David J. Mattingly, 1999), Literary Texts and the Roman Historian (1999) and The Roman Empire at Bay, AD 180-395(2004) 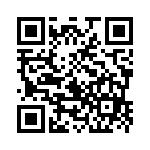