Robert Bloch gained worldwide fame as the author of Psycho, the novel that inspired Alfred Hitchcock's classic film. He also wrote numerous other horror and crime novels as well as hundreds of short stories. Bloch also received the Bram Stoker Award and the World Fantasy Award for his writing and served a term as president of the Mystery Writers of America. 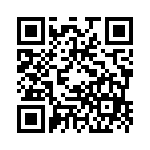