A well crafted debut crime novel. I liked the fact that all the medical and forensic details I looked up were true. She keeps the suspense going to the end. Leer comentario completo

Postmortem was Patricia Cornwell's first novel featuring Kay Scarpetta, the fierce coroner with a lion's share of beauty, intelligence, skill, and a mental bent for solving puzzles: how did this ... Leer comentario completo

Patricia Cornwell was born in Miami, Florida on June 9, 1956. When she was nine years old, her mother tried to give her and her two brothers to evangelist Billy Graham and his wife to care for. For a while the children lived with missionaries since their mother was unable to care for them. After graduating from Davidson College in 1979, she worked for The Charlotte Observer eventually covering the police beat and winning an investigative reporting award from the North Carolina Press Association for a series of articles on prostitution and crime in downtown Charlotte. Her award-winning biography of Ruth Bell Graham, the wife of Billy Graham, A Time for Remembering, was published in 1983. From 1984 to 1990, she worked as a technical writer and a computer analyst at the Office of the Chief Medical Examiner in Richmond, Virginia. While working for the medical examiner, she began to write novels. Although the award-winning novel Postmortem was initially rejected by seven different publishers, once it was published in 1990 it became the only novel ever to win the Edgar, Creasey, Anthony, and Macavity awards as well as the French Prix du Roman d'Adventure, in one year. She is the author of the Kay Scarpetta series, the Andy Brazil series, and the Winston Garano series. She has also written two cookbooks Scarpetta's Winter Table and Food to Die For; a children's book Life's Little Fable; and non-fiction works like Portrait of a Killer: Jack the Ripper - Case Closed. Her title's Dust and Flesh and Blood made The New York Times Best Seller List. 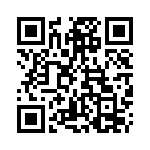