So far this book is pretty good and has made me think about some of the sexualized language surrounding food. I do find that there is a tendancy to not differenciate between factory farms and local farms which I take serious pause with. Leer comentario completo

Carol J. Adams is an activist and author of The Pornography of Meat, Living Among Meat Eaters, and many other books challenging a sexist, meat-eating world. She is a sought-after speaker throughout North America and Europe, and has been invited to more than 100 campuses to show "The Sexual Politics of Meat Slide Show," which is always being updated to include contemporary cultural representations. 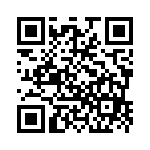