The premise of this novel is that because of severe overcrowding, life on the planet has become miserable and unsustainable in the long run. The ridiculous solution is that all future children are ... Leer reseńa completa

Do you know who wrote the novel Psycho which Alfred Hitchcock adapted to film? Neither did I, until I checked upon Robert Bloch, the author This Crowded Earth. Turns out he did, and he also wrote ... Leer reseńa completa 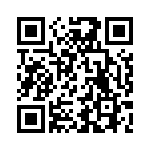