Slow & Steady Doesn't Win The Race In This Yawner!

I've heard good things about the Kay Scarpetta series but this introduction to the character didn't really show me much. I was underwhelmed by the "drama" and all the characters seemed very ... Leer comentario completo

Was a good book except it did not keep intensity through entire book which lost my interest a couple times. Leer comentario completo

"It's important for me to live in the world I want to write about," says Patricia Cornwell "If I want a character to do or know something, I try to do or know the same thing." The award-winning former police reporter spent time working both as an employee of the Virginia Chief Medical Examiner's Office and as a volunteer police officer before she wrote her first Kay Scarpetta novel, Postmortem. Her preparation paid off -- Postmortem was the first novel ever to win the Edgar, Creasey, Anthony, Macavity, and French Prix du Roman d'Aventure awards in one year. She has followed that up with ten other bestselling novels featuring Kay Scarpetta. Ms. Cornwell then began a new series with her #1 New York Times bestsellers Hornet's Nest and Southern Cross. She is also the author of two cookbooks, Scarpetta's Winter Table and Food to Die For; A Time for Remembering, a biography of Ruth Bell Graham, wife of evangelist Billy Graham; a children's book, Life's Little Fable; and her #1 bestselling work of nonfiction, Portrait of a Killer: Jack the Ripper -- Case Closed. She lives in New York City. 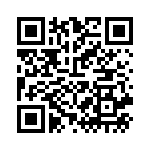