Review: High Tech/High Touch: Technology and Our Search for Meaning

John naisbitt is good writer
i like this book!
Arip Nurahman(Professional Teacher and Lecturer)

\John Naisbitt is widely regarded as one of the world's top social forecasters who has been accurately describing the future since 1968. His books including Megatrends, together with Global Paradox and Megatrends Asia (both published by Nicholas Brealey) have sold more than 14 million copies worldwide. The recipient of 12 honorary degrees, Naisbitt has been a visiting fellow at Harvard, a Distinguished International Fellow at ISIS in Malaysia, a visiting professor at Moscow State University and is a renowned international speaker. Nana Naisbitt and Douglas Philips, both writers, artists and entrepreneurs, have worked on projects for Kellogg's, Motorola, Leo Burnett, and Shell Oil Company. 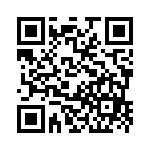