Página 87 - University, where he has taught since receiving his Ph.D. from the University of Wisconsin. His interests in librarianship are "those of an historian and history teacher . . . who relies on libraries and librarians to provide the raw materials for study and teaching.
Aparece en 7 libros desde 1977-2000

David Altheide, PhD, http://www.public.asu.edu/~atdla/ is Regents' Professor in the School of Justice and Social Inquiry at Arizona State University, where he has taught for 35 years. His work has focused on the role of mass media and information technology in social control. Dr. Altheide received the Cooley Award three times, given to the outstanding book in symbolic interaction, from the Society for the Study of Symbolic Interaction: In 2007 for Terrorism and the Politics of Fear (2006); in 2004 for Creating Fear: News and the Construction of Crisis (2002); and in 1986 for Media Power (1985). Dr. Altheide received the 2005 George Herbert Mead Award for lifetime contributions from the Society for the Study of Symbolic Interaction, and the society's Mentor Achievement Award in 2007. 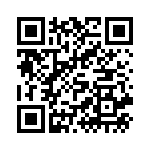