In From Hell, Alan Moore and Eddie Campbell tell a novel about the Whitechapel Murders, focusing on the identity and motives of Jack the Ripper. Moore and Campbell draw upon the theory Joseph “Hobo ... Leer comentario completo

Alan Moore is widely considered to be the greatest comic book writer of all time. With over thirty years dedicated to the medium, his body of work includes "Watchmen" (the best-selling graphic novel in history), "From Hell", "The League of Extraordinary Gentlemen", "Swamp Thing", "Tom Strong", "Promethea", "V for Vendetta", and "Lost Girls", just to name a few. Avatar Press has published numerous Moore projects in recent years, including his seminal guide to graphic storytelling, "Writing for Comics".

Jacen Burrows is truly one of the rising stars in comic book illustration, who has dedicated his talents to Avatar Press projects exclusively throughout the years. His artwork has brought to life the visions of such comics luminaries as Garth Ennis ("Chronicles of Wormwood", "Crossed"), Warren Ellis ("Scars"), and Alan Moore ("The Courtyard", "Neonomicon").

Eddie Campbell was born and raised in Los Angeles. He has a bachelor's degree from USC Annenberg School of Communication and USC School of Cinema-Television. His background is in art direction for both TV and film, creative direction, and graphic design. 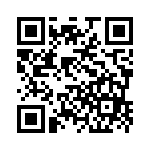