I will admit, I picked up this book after seeing David Fincher's Zodiac. I found the case both horrifying and intriguing and I knew I wanted to know more. The Zodiac murders happened long before I was ... Leer comentario completo

I really liked this book. It was informative and interesting. I am a little bit too young to remember the actual events going on but the book lays out the events in enough detail to make them ... Leer comentario completo

Robert Graysmith is the New York Times bestselling author of seven true crime books including Zodiac, Zodiac Unmasked, The Sleeping Lady, Auto Focus, and Amerithrax. He was a San Francisco Chronicle Journalist and cartoonist for twenty years, during the time of the Zodiac killings. In addition to being a bestselling author, he has been a Foreign Press Club Award winner, a Pulitzer Prize nominee, a prize winning syndicated political cartoonist, and a gold medal illustrator. He lives in the San Francisco Bay area. 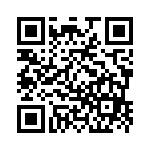