Paul Begg is the author of "Jack the Ripper: The Definitive History" (Longman) and two other highly respected books about Jack the Ripper. He is also the author of the widely respected "'Into Thin Air'" (David & Charles) about mysterious disappearances, which included a chapter about the Mary Celeste. He also wrote extensively for 'The Unexplained', a part-work about mysteries to which he contributed a cover article about Mary Celeste and has appeared on a Channel 5 documentary about the discovery of the mystery ship's wreckage.

Martin Fido is a full-time writer & broadcaster, specializing in crime & the author of "The Jack the Ripper A-Z", "Murders after Midnight", "The Crimes Detection & Death of Jack the Ripper, the Murder Guide to London" & "The Krays: Unfinished Business". 010 .

Keith Skinner is co-author of many successful books including The Official Encyclopedia of Scotland Yard (1999), The Jack the Ripper A-Z (1991) and Jack the Ripper: Letters from Hell (2001). He lives in Middlesex, England. 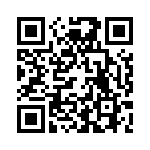