Bandura sets out his highly influential theory of human motivation in this weighty tome. I'm working on this for my PhD thesis and I think this book is a must-have for anyone needing to understand ... Leer comentario completo 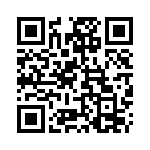