Author Robert Harris was born in Nottingham, England in 1957. He attended King Edward VII College and Selwyn College. He has worked as a BBC journalist, the Political Editor of the Observer, and a columnist for The Sunday Times and Daily Telegraph. He was named Columnist of the Year by the British Press in 2003. He has written both fiction and nonfiction books and currently lives in Berkshire, England. His works of fiction include; An Officer and a Spy, The Fear Index, Pompeii, Enigma, Fatherland, Dictator, and Conclave. 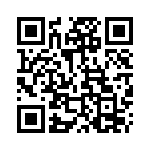