I knew that this book wasn’t about the murders or the investigation of Jack the Ripper when I purchased it, but what I didn’t know is that it would be a compilation of mostly dry academic essays and ... Leer comentario completo

Alex Werner, Head of History Collections at the Museum of London, has curated a number of major displays including London Bodies (1998), the Expanding City gallery (2010) and Dickens and London (2011-12). His publications include Dockland Life (2000), Journeys through Victorian London (2001) and Jack the Ripper and the East End (2008). He is a trustee of the Charles Dickens Museum.

Peter Ackroyd is an award-winning historian, biographer, novelist, poet and broadcaster. He is the author of the acclaimed non-fiction bestsellers London: The Biography, Thames: Sacred River and London Under; biographies of figures including Charles Dickens, William Blake, Charlie Chaplin and Alfred Hitchcock; and a multi-volume history of England. He has won the Whitbread Biography Award, the Royal Society of Literature's William Heinemann Award, the James Tait Black Memorial Prize, the Guardian Fiction Prize, the Somerset Maugham Award and the South Bank Prize for Literature. He holds a CBE for services to literature. 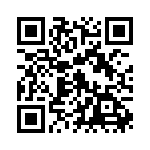