Michael Z. Newman is an assistant professor of media studies in the Department of Journalism and Mass Communication at the University of Wisconsin-Milwaukee. He blogs at zigzigger.blogspot.com. 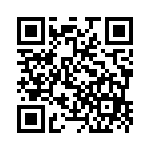