One of the odder things about me is that I used to believe that dinosaurs still roamed the earth. As in RIGHT NOW. And that there was a vast scientific conspiracy to keep this irrefutable fact under ... Leer comentario completo

Ehrlich (biological sciences, Stanford; The Population Bomb) has written a very informative book on the human animal that emphasizes the essential framework of organic evolution. He focuses on the ... Leer comentario completo

Paul R. Ehrlich is a co-founder with Peter H. Raven of the field of co-evolution, and has pursued long-term studies of the structure, dynamics, and genetics of natural butterfly populations. He has also been a pioneer in alerting the public to the problems of overpopulation, and in raising issues of population, resources, and the environment as matters of public policy. Ehrlich is the author of The Population Bomb, and many other books, as well as hundreds of papers.

Ehrlich is a fellow of the American Association for the Advancement of Science, the American Academy of Arts and Sciences, and the American Philosophical Society, and a member of the National Academy of Sciences. Ehrlich has received several honorary degrees, the John Muir Award of the Sierra Club, the Gold Medal Award of the World Wildlife Fund International, a MacArthur Prize Fellowship, the Crafoord Prize of the Royal Swedish Academy of Sciences (given in lieu of a Nobel Prize in areas where the Nobel is not given), in 1993 the Volvo Environmental Prize, in 1994 the United Nations' Sasakawa Environment Prize, in 1995 the Heinz Award for the Environment, in 1998 the Tyler Prize for Environmental Achievement and the Dr. A. H. Heineken Prize for Environmental Sciences, in 1999 the Blue Planet Prize, in 2001 the Eminent Ecologist Award of the Ecological Society of America and the Distinguished Scientist Award of the American Institute of Biological Sciences.In addition to The Population Bomb, Ehrlich is the author of Human Natures: Genes, Cultures, and the Human Prospect (Island Press, 2000) and co-author of The Work of Nature: How The Diversity Of Life Sustains Us (Island Press, 1998).With his wife Anne, he is the author of Betrayal of Science and Reason: How Anti-Environmental Rhetoric Threatens Our Future (Island Press, 1996) and One With Nineveh: Politics, Consumption, and the Human Future (Island Press, 2004). His latest book with Anne is The Dominant Animal: Human Evolution and the Environment (Island Press, 2008).Paul R. Ehrlich received his Ph.D. from the University of Kansas. 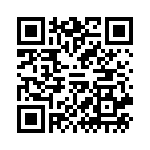