Essayist and philosopher, a thinker influential in and out of the Spanish world, Jose Ortega y Gasset was professor of metaphysics at the University of Madrid from 1910 until the outbreak of the Spanish Civil War in 1936. The Revolt of the Masses, his most famous work, owes much to post-Kantian schools of thought. Ortega's predominant thesis is the need of an intellectual aristocracy governing in a spirit of enlightened liberalism. Although Franco, after his victory in the civil war, offered to make Ortega Spain's "official philosopher" and to publish a deluxe edition of his works, with certain parts deleted, the philosopher refused. Instead, he chose the life of a voluntary exile in Argentina, and in 1941 he was appointed professor of philosophy at the University of San Marcos in Lima, Peru. He returned to Spain in 1945 and died in Madrid. Ortega's reformulation of the Cartesian cogito displays the fulcrum of his thought. While Rene Descartes declared "Cogito ergo sum" (I think, therefore I am), Ortega maintained "Cogito quia vivo" (I think because I live). He subordinated reason to life, to vitality. Reason becomes the tool of people existing biologically in a given time and place, rather than an overarching sovereign. Ortega's philosophy consequently discloses affinities in its metaphysics to both American pragmatism and European existentialism in spite of its elitism in social philosophy. 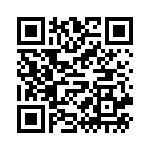