This is a good book!

Elizabeth Nicholls is Curator of Marine Reptiles at the Royal Tyrrell Museum of Paleontology. She graduated in paleontology from the University of California, Berkeley (1968), where she first became interested in fossil marine reptiles while working for S.P. Welles. Subsequent degrees (M.Sc. and Ph.D.) were completed at the University of Calgary. Her study focus there was Cretaceous marine reptiles ofthe Western Interior Seaway. Her research includes publications on dinosaurs, ichthyosaurs, plesiosaurs, mosasaurs, thalattosaurs, and Cretaceous sea turtles. 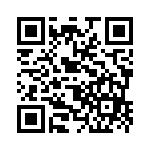