Didn't live up to my expectations after reading The Road. Not a bad book, but didn't hook me either. Leer comentario completo

I've been hearing about Cormac McCarthy for years now, but somehow managed NOT to read him until now. ALL THE PRETTY HORSES has sat on my shelf for a dozen years or more, and now I've read it. With ... Leer comentario completo

Cormac McCarthy was born in Rhode Island in 1933 and spent most of his childhood near Knoxville, Tennessee. He served in the U.S. Air Force and later studied at the University of Tennessee. In 1976 he moved to El Paso, Texas, where he lives today. McCarthy's fiction parallels his movement from the Southeast to the West--the first four novels being set in Tennessee, the last three in the Southwest and Mexico. The Orchard Keeper (1965) won the Faulkner Award for a first novel; it was followed by Outer Dark (1968), Child of God (1973), Suttree (1979), Blood Meridian (1985), and All the Pretty Horses, which won both the National Book Critics Circle Award and the National Book Award for fiction in 1992. 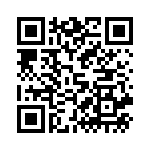